UdeM professor Carolina Bottari is working to raise awareness about the impact of traumatic brain injury on women who are victims of domestic violence.

Scenario 1: You’re an athlete. You get a blow to the head and collapse on the field. Medics rush in, examine you, get you to the hospital. It turns out you have a concussion. You are kept off the field until your injuries heal and are followed throughout the rehabilitation process. Your chances of recovery couldn’t be better.

Scenario 2: You’re a woman. Your partner is violent. He punches you in the head and chokes you. Every day. As these acts of violence accumulate, so does the likelihood of traumatic brain injury (TBI). You manage to escape his clutches and take refuge in a women's shelter. You try to heal your psychological and social wounds. But your TBIs remain undiagnosed and untreated. And you have to live with the consequences.

Women who experience a TBI as a result of domestic violence are left to fend for themselves. According to some studies, women who have been repeatedly choked and struck in the head are 11 to 12 times more likely to suffer a traumatic brain injury than either athletes or soldiers, the other two groups most prone to TBI. Yet their injuries generally go undiagnosed and untreated.

Occupational therapist Carolina Bottari is concerned. “We need to bring the effects of TBI into the conversation about domestic violence,” she said.

Bottari is a professor in Université de Montréal’s School of Rehabilitation and a researcher at the Centre for Interdisciplinary Research in Rehabilitation of Greater Montreal and at the Institut universitaire sur la réadaptation en déficience physique de Montréal, part of the Centre intégré universitaire de santé et de services sociaux du Centre-Sud-de-l’Île-de-Montréal. Her most recent research is focused on improving the physical and psychological health of abused women and reducing the impact of TBIs on their daily activities.

Bottari's verdict is clear: the plight of these women continues to go unnoticed and they lack access to the resources they need. To improve this situation, she believes that bridges need to be built between trauma professionals and those who work with abused women on a daily basis, such as shelter personnel, the police and the legal community. 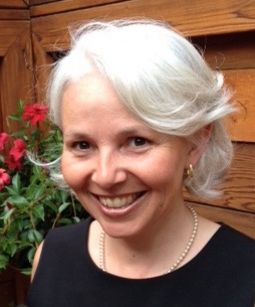 It is estimated that each year in Canada, there are over 200,000 women living with the consequences of partner-induced TBI. “But they don’t go to the ER or to rehab centres,” Bottari said. “It’s absurd when you compare these victims to athletes, who have clear protocols for dealing with head injuries sustained while playing sports. Women who are victims of domestic violence aren’t even seen by a doctor.”

Bottari stressed the importance of creating connections between disciplines to improve care. She recommends that shelter workers be given information to help them identify the symptoms of TBI and that doctors’ awareness be raised to make sure they don’t miss a TBI diagnosis that could be traced to domestic violence.

“The parts of the system need to communicate better,” Bottari said. “The police need to be able to determine when a woman should go to the hospital; at the ER, women need to be treated in a way that builds trust and encourages them to talk about the cause of their injuries; in court, judges need to have a clearer understanding of the consequences of a TBI.”

Traumatic brain injuries can disrupt the normal functioning of the brain and destroy brain cells. They can be caused by direct or indirect blows to the head and also by choking, which cuts off blood flow and oxygen to the brain. It is believed that repeated small blows to the head can increase the severity of the injury.

TBI can produce a range of symptoms, including confusion, severe headaches, fatigue, dizziness and memory lapses. Victims may also have difficulty organizing thoughts and remembering new information, and may suffer from heightened emotions, anxiety and disturbed sleep patterns.

“In cases of domestic violence, TBIs can make it very difficult for a woman to testify in court, since she may have a hard time remembering events that often took place years ago,” Bottari noted.

Some experts also believe that repeated blows to the head may be a factor in explaining why some women find it so difficult to make the decision to leave their abuser.

“In short, there is a great deal of awareness-raising that needs to be done about this widespread problem and it has to be approached in a holistic, long-term manner, since some of the after-effects may be irreparable,” Bottari said.

A forum to discuss the issue

Professor Carolina Bottari is a member of the organizing committee of “En route vers l’autonomie,” a forum for stakeholders in the continuum of care to discuss best practices for more effective intervention with people living with a brain injury. It will be held on November 15-16 and will include a workshop on domestic violence and TBI.

Français
Previous A better understanding of how HIV-1 evades the immune system November 8, 2022
Next Towards a 'robust, reasoning and responsible' AI November 11, 2022
Share