Michel Bouvier, the Killam Prize-winning director of UdeM’s Institute for Research in Immunology and Cancer, unveils research that could someday lead to treatment for early morbid familial obesity.

New research by a prestigious Université de Montréal researcher could pave the way for the treatment of early morbid familial obesity, a disease that affects four to six per cent of people suffering from early severe obesity.

Co-authored by Michel Bouvier and Patricia René of UdeM’s Institute for Research in Immunology and Cancer (IRIC), with Université Laval colleagues Damien Lanfray and Denis Richard, the research was published last month in the Journal of Clinical Investigation.

“People with this rare disease don't feel satiety, the message that’s sent to our brains to stop hunger,” said Bouvier, an UdeM medical professor who runs IRIC. “As a result, they eat far too much for their needs, leading to adverse effects such as obesity and type-2 diabetes.”

Using mice whose genome had been modified to reproduce human disease, Bouvier and his team looked at the mutation of a gene known for its role in satiety: the melanocortin type 4 receptor (MC4R). After injecting a therapeutic molecule they’d developed that’s known as a pharmacological chaperone, the researchers saw an immediate change in the behaviour of the obese mice.

“We are still far from a pharmaceutical application for humans, but the preclinical in vivo trials are very encouraging," said Bouvier, who earlier this month was awarded the Killam Prize in health sciences, one of Canada's most prestigious scientific distinctions. 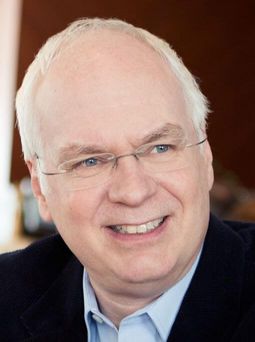 The disease targeted by Bouvier and his team affects about one in 250,000 people.

“It is called a rare disease because it is not very present in the general population,” Bouvier said. “But it is very distressing. When a family is struggling with this condition, several individuals will be affected by it and, since obesity is very often associated with lifestyle habits, these people can become ostracized.”

Morbid obesity is caused by the inaction of melanocortin, a hormone that regulates appetite and energy expenditure. The absence of its receptor, which makes its action possible on the surface of the cells of the brain’s hypothalamus, leads to obesity. Bouvier's team had previously discovered pharmacological chaperone molecules that allow the defective receptor to be exported to the cell surface.

The team had shown that this family of molecules worked in human cell lines with different mutations of the MC4R gene. In their new study, the researchers describe a novel animal model – mice – in which the MC4R gene has been replaced by the normal or mutated human MC4R gene, and illustrate that a pharmacological chaperone restores the function of the mutated MC4R gene and significantly reduces the mice’s food intake.

Bouvier signaled out for praise the work of his colleagues Lanfary and Richard at Université Laval’s Institut universitaire de cardiologie et de pneumologie de Québec, who helped characterize the properties of the obese mouse model that led to the discovery.

This is not the first time that work in Bouvier's lab – which employs some 20 researchers – has led to promising pharmaceutical leads.

“It is IRIC's objective to ensure continuity between fundamental research and clinical applications," the biochemist explained, adding that with the approach of International Rare Disease Day on Feb. 28, it’s important to highlight the ethical responsibilities of the scientific community.

“Often, these (rare) diseases are of little interest to pharmaceutical companies because they are not considered widespread enough to justify significant investments,” he said. “I believe that this should not influence how we orient our research.”

Français
Previous A post-COVID-19 research clinic welcomes its first patients February 23, 2021
Next Mark Carney at UdeM: “Hope is not a strategy” February 26, 2021
Share