The international scientific community has created a validated list of scientific names for legumes.

Beans, peanuts, peas, soybeans, chickpeas, lentils – what’s in a name? A lot, it turns out. This large family of plants is known for its pods containing seeds that are a major food source for humans and animals.

After the grass family, the legume family is the most economically important in the world, used in agriculture, construction, ecotourism, furniture, horticulture, pest control, textiles, and many other industries. 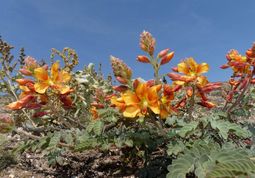 A rare species of Hoffmannseggia from the lomas vegetation of coastal Peru.

Now, 80 legume toxonomists in 24 countries have written and published the first community-endorsed and verified list of legumes – 22,939 species in all – updating existing information under the auspices of the Legume Phylogeny Working Group.

And it’s free for everyone to consult. The open-access list is available on the new Legume Data Portal, created to share information about this economically and ecologically important family of plants. 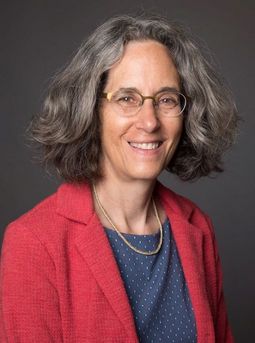 “The role of taxonomists is to describe, classify and categorize species,” said legumes specialist Anne Bruneau, a professor in UdeM’s Department of Biological Sciences and scientific director of the university’s Biodiversity Centre.

“This basic information on biodiversity is essential to guide policy makers on conservation issues and the sustainable use of this nutritional wealth.”

Having an up-to-date list of legume species is crucial because it allows for more effective communication about them, including for research in the areas of conservation, agriculture, food security, forestry and climate change, the researchers say.

Their legume list stands to become the primary source of scientific names for research and for international platforms that provide biodiversity data, serving to  help accelerate the pace of identification of plant species and slow the rate of biodiversity loss.

“For decision-makers to decide which areas to protect, they need to know which plants occur in what areas,” said Bente Klitgård, senior research leader at the Royal Botanic Gardens, Kew, and co-author of the list.

“For developing countries to ensure they reap the benefits of their biodiversity, it is important they understand what biodiversity they have and how it is being used."

About the Legume Phylogeny Working Group

The Legume Phylogeny Working Group was founded in 2010 to promote data sharing and and information on legume taxonomy and evolution. The Legume Data Portal showcases the work of this international group of experts who are helping to improve data quality about the legume family. The South African National Biodiversity Institute (SANBI) and Université de Montréal host the Global Biodiversity Information Facility (GBIF) for South Africa and Canada (Canadensys) respectively. The Royal Botanic Gardens of Kew is one of the most important data providers of the GBIF network.