The unique way that ground squirrels burn almost no energy when they hibernate – with no loss of muscle mass – has implications for space travel, an UdeM biologist finds. 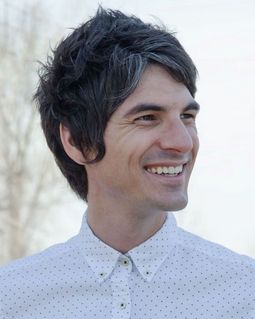 When bears and ground squirrels hibernate in winter, they stop eating, lasting until spring simply on the fat reserves they’ve stored up in their bodies. Usually, this sort of prolonged fasting and inactivity would significantly reduce the mass and function of muscle, but hibernators don’t suffer this fate. How they avoid it, however, has been a mystery.

Now, in research published in Science, an Université de Montréal biologist has figured out why,  and his findings could have implications for, of all things, the future of space travel . By studying a variety called the 13-lined ground squirrel that is common in North America, Matthew Regan has confirmed a theory known as “urea nitrogen salvage” dating back to the 1980s.

The theory posits that hibernators harness a metabolic trick of their gut microbes to recycle the nitrogen present in urea, a waste compound that is usually excreted as urine, and use it to build new tissue proteins.

How could this discovery be of use in space? Theoretically, Regan posits, by helping astronauts minimize their own muscle-loss problems caused by microgravity-induced suppression of protein synthesis and which they now try to reduce by intensively exercising.

If a way could be found to augment the astronauts’ muscle protein synthesis processes using urea nitrogen salvage, they could  be able to achieve better muscle health during long voyages into deep space in spacecraft too small for the usual exercise equipment, the argument goes.

“Because we know which muscle proteins are suppressed during spaceflight, we can compare these proteins with those that are enhanced by urea nitrogen salvage during hibernation,” said Regan, who carried out this research while a postdoc at the University of Wisconsin-Madison.

He is now continuing his work through a Canadian Space Agency research grant at UdeM, where he last year took up a position as assistant professor of animal physiology in the Department of Biological Sciences.

“If,” Regan continued, “there is an overlap between the proteins in spaceflight and the ones from hibernation, then it suggests this process may have benefits to muscle health during spaceflight.”

In his study, Regan designed a series of techniques and experiments to investigate the major steps in the urea salvage process and provide evidence for whether or not they occur in the 13-lined ground squirrel when it hibernates.

To do that, in their lab they injected their test squirrels’ blood with “double-labeled” urea, meaning the urea’s carbon atom was 13C instead of the usual 12C, and its nitrogen atoms were 15N instead of the usual 14N. These labels allowed them to track the urea-sourced carbon and nitrogen through the different steps of the urea nitrogen salvage process.

That process, they found, led from the initial transport of urea from the blood into the gut, to the breakdown of urea into its component parts by gut microbes, to the flow of substances – called metabolites – containing urea nitrogen back into the animal, and finally to the eventual appearance of this urea nitrogen in tissue protein.

“Essentially, seeing 13C and/or 15N in metabolites at these various steps indicated that they originated from urea, and thus, that the hibernator was using urea nitrogen salvage,” said Regan.

What they found was definitive: at each step of the process, there was clear evidence of urea nitrogen salvage by the squirrels with intact gut microbiomes.

Importantly, the squirrels with depleted gut microbiomes displayed no evidence of urea nitrogen salvage at any step, confirming this process was wholly dependent on the gut microbes’ ability to degrade urea, something the squirrels themselves cannot do.

Regan and his team also made two other important findings:

What this means, Regan said, is that the squirrels emerge from hibernation in the spring in good shape. This is important because the year’s only mating season, which is a time of intense physical activity for both males and females, occurs directly after they emerge from hibernation. Tissue function – particularly muscle tissue function – is therefore highly important for a successful mating season.

The starving and the elderly

Beyond the implications for space travel and the health of astronauts, Regan’s discovery could have more immediate impacts now right here on Earth – in the starving masses of the underdeveloped world, and in the elderly.

Hundreds of millions of people globally experience muscle wasting as a consequence of various conditions – undernourishment, for instance, affects over 805 million people globally. More prevalent in Canada is sarcopenia, an age-related decline in muscle mass stemming from anabolic insensitivity that affects all humans, leading to a 30- to 50-per-cent decline in skeletal muscle mass between the ages 40 and 80.

“The mechanisms that mammals like the 13-lined ground squirrel have naturally evolved to maintain protein balance in their own nitrogen-limited situations may inform strategies for maximizing the health of other nitrogen-limited animals, including humans,” said Regan. One solution might be to develop a pre- or probiotic pill that people could take to promote a gut microbiome of the kind that hibernators like squirrels have.

“To be clear, these applications, though theoretically possible, are a long way from delivery, and a lot of additional work is needed to translate this naturally evolved mechanism safely and effectively to humans,” Regan said.

“But one thing I find encouraging is that a study from the early 1990s provided some evidence that humans are capable of recycling small amounts of urea nitrogen via this same process. This suggests that the necessary machinery is in place. It just needs to be optimized.”

Français
Previous More than 20,000 species of legumes listed by the world's scientists January 25, 2022
Next UdeM signs the Declaration on Research Assessment January 31, 2022
Share