The workplace is changing: workers are in short supply and they want more autonomy, more recognition and greater flexibility to work from home. Is this a generational shift? 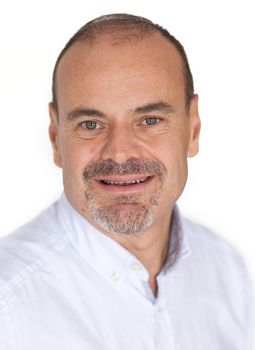 “The baby boomers lived to work; the new generations work to live.”

According to Stéphane Renaud, professor in the School of Industrial Relations at the University of Montreal, that is a fair summary of the labour market’s evolution over the last several decades.

Renaud’s research program focuses on worker attitudes and behaviours, and the relationship between human resource management practices and employee engagement and retention.

“Young people don’t have the same expectations of work as the baby boomers and the Gen Xers did,” said Renaud. “In the course of their working lives, millennials will work for seven or eight different employers, many more than previous generations. Given the labour shortage, workers have more options than ever. And having more choices means they can be more demanding when it comes to working conditions.”

Salary is an important factor but not the only factor

Since the early 2000s, Renaud has been studying the impact of tangible rewards (salary) and intangible rewards (working conditions) on voluntary turnover in the information and communication technology sector, in collaboration with Sylvie St-Onge of HEC Montréal and Lucie Morin of Université du Québec à Montréal. Though they are focusing on one industry, Renaud believes their findings are transferable to other sectors.

Renaud and his fellow researchers have found that intangible rewards, particularly recognition, are the most important factors for retaining young employees, provided that the job pays the “reservation wage,” the salary needed to maintain one’s lifestyle.

“In one recent study, we found that tangible compensation engages and retains employees aged over 40, but it only retains and doesn’t engage employees under 40,” said Renaud. “Engagement builds loyalty and encourages employees to stay. So with young people, once the reservation wage is met, the more intangible rewards are offered, the less likely they are to leave.”

Renaud added that young employees are also increasingly concerned about the fit between the company’s values and their own, particularly when it comes to social responsibility, respect for the environment and transparent, ethical management.

Working from home is a big plus

According to Renaud, work-life balance is high on the list of priorities for young workers. And working from home is one of the best ways to provide it.

“It is in the interest of employers to offer employees the option of working from home, even when there is no pandemic,” he said. “Bear in mind that autonomy is a factor in employee retention and the nature of work has changed. The workforce is more educated, qualified and skilled than ever; we aren’t dealing with labourers who must be watched by a supervisor at all times anymore.”

Renaud has found that working from home is advantageous not only from an HR management point of view but also in economic terms, particularly in inflationary times.

“The balance of power has shifted towards employees,” he said. “Increasingly, workers will demand to work from home for reasons such as greater flexibility and lower commuting expenses, and employers will have to learn to trust them—especially in a time of labour shortages, when businesses are fighting to hold on to employees.”

Is Quebec seeing a Great Resignation?

The “Great Resignation” is a term coined by an American academic to describe the wave of resignations in the United States beginning in the summer of 2020. When the pandemic broke out and prompted people to rethink their priorities, employees who were dissatisfied with their work or their salaries quit their jobs en masse.

Has this happened in Quebec as well? “It’s a trendy catch phrase but it’s meaningless in a way, since it describes a trend that has been under way for several years,” responded Stéphane Renaud. “In my opinion, the pandemic only exacerbated an already-existing situation of labour shortages and large numbers of employees taking retirement. The labour market is evolving and the most salient aspect of the transformation is the change in employee expectations.”

Français
Previous Where are the next zoonotic viruses lurking? May 24, 2022
Next UdeM student awarded Pierre Elliott Trudeau Foundation scholarship May 30, 2022
Share