A pan-Canadian team announces initial results of the national OPTIMA study comparing the efficacy of two models of care for treating opioid use disorder. 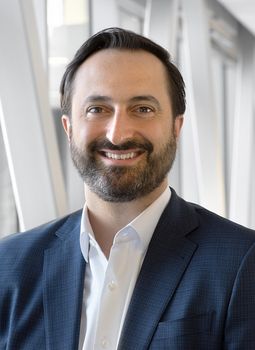 Did you know that more than 26,500 Canadians died from opioid intoxication between January 2016 and September 2021? Or that more than 350,000 people who used drugs containing opioids to relieve their pain did so problematically?

In Quebec alone, 339 people died from opioid intoxication between January and September 2021, according to the latest data from the Public Health Agency of Canada.

Today, Canada is among the world’s top consumers of opioids, whether they’re medically prescribed or obtained illegally from illicit producers of very powerful substances such as fentanyl.

Now there’s new evidence that a more flexible model of care than methadone can be as effective in treating opioid use disorder, according to research led by Université de Montréal psychiatry and addictology professor Didier Jutras-Aswad.

Working with other colleagues involved in the Canadian Research Initiative in Substance Misuse, the CHUM Research Centre clinical scientist has published the results of a randomized controlled study in the American Journal of Psychiatry.

Rather than methadone, which has to be taken under close supervision at a pharmacy, their model of care is based on prescribing buprenorphine-naloxone, known commercially as Suboxone.

Participants in the study were allowed to take Suboxone at home starting in their first weeks of treatment. The approach proved just as effective as that using methadone, without the need for close supervision.

Up until now, studies comparing the efficacy of these two opioid-agonist therapies (OATs) were conducted under strict medical surveillance, deemed essential to ensure the safety and efficacy of the therapies.

Those receiving such treatment often find this approach restrictive—and many others simply don’t get it, as the requirement to be under supervision limits easy access to it.

“The approach proposed with buprenorphine-naloxone, more flexible in many regards than the usual model of care with methadone, allows us to simplify and facilitate access to OATs nationally,” said Jutras-Aswad.

“It’s an additional option, to better take the treatment preferences of people with opioid use disorder into account, and to be more respectful of their autonomy,” he said.

For the OPTIMA study, between October 2017 and March 2020, the research team recruited more than 270 adult volunteers in seven hospitals and clinics in Quebec, Ontario, Alberta and British Columbia.

With an average age of 39, and with one in three a woman, all presented problematic opioid use from either prescribed or illegally produced opioids. Among the opioids inventoried were hydromorphone, morphine, oxycodone and fentanyl.

Participants were randomly assigned to two groups: half received methadone under close supervision in a pharmacy, and the other half received Suboxone, which could most often be taken at home.

They were followed for 24 weeks to notably compare the efficacy of each of the treatments in reducing their opioid use.

Despite appeals in recent years for greater awareness of substance use disorders, the stigma surrounding people with such problems still hampers access to safe, suitable and evidence-based treatment, said Jutras-Aswad.

“With the health restrictions and limitations on follow-up visits in healthcare settings we’ve seen during the COVID-19 pandemic, I think we’ve come to realize more and more that Canadians need more flexible treatment options,” he said.

“We should be providing models that better suit their needs and situations. This is essential to not only reduce people’s exposure to unsafe opioids, but also to help them improve their health and quality of life.”

And while the solution supported by the data from the OPTIMA study is an important component of the response to the opioid and overdose crisis, it must absolutely be part of a broader range of harm reduction strategies to deal with these problems, he added.