Caroline Deli’s doctoral research aims to understand the trajectories that lead men to self-identify as ‘incels’, or involuntary celibates.

Incels are men--primarily cisgender and heterosexual-- who believe they are unable to find a romantic or sexual partner, despite wanting one. They blame their lack of relationships on women and women’s sexual, social and economic liberation, and congregate in online communities to share their views with like-minded people.

What paths lead them to join a community characterized by hate and misogyny? What events in their life push them to self-identify as incels?

These are the questions PhD student Caroline Deli is trying to answer in her doctoral research project conducted under the supervision of professors Jean Proulx and Samuel Tanner of Université de Montréal’s School of Criminology.

When interviewing subjects, Deli focuses on their life trajectories. Her goal is to understand the incel phenomenon and ultimately find ways to reduce its violent and non-violent repercussions. These events range from highly publicized massacres to everyday acts of aggression, like purposefully spilling coffee on a woman or slamming a door in her face. 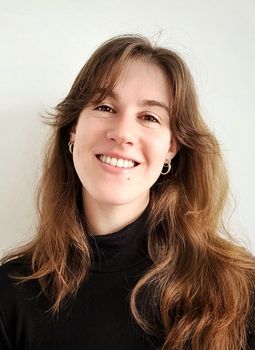 According to Caroline Deli, many incels have a highly negative self-image. They claim they are physically unattractive and socially awkward, and report difficulties with social interactions that prevent them from connecting with others. As a result, they're celibate, but not by choice.

They believe the fault lies with women and feminists, who have changed society and tipped the balance of power too far in women's favour. Incels believe that women have the advantage when it comes to choosing partners, and they only choose the most attractive, wealthiest men with the highest social status. As a result, incels deeply resent women who reject men who are low on the social ladder, while also resenting those men who “succeed.”

“This ideology reflects certain male-female social dynamics that are still with us today,”  said Deli. “Even outside these online groups, some men sincerely believe that men are being victimized by women, and that women have been given too much power.”

Some of those men go to online forums to vent their anger and a certain proportion of them are radicalized.

Caroline Deli hypothesizes that the road to inceldom starts with the suffering caused by loneliness and a lack of deep human connection. Men consumed by this pain find refuge in an online support community whose members face the same challenges and hold the same ideas.

This gives them an outlet to freely express their hatred and despair, which can provide relief but also intensify their negative feelings.

“In online forums, anonymous discussions can escalate fast,” said Deli. “The group dynamic fosters a sense of belonging and strengthens their beliefs. Calls for violence snowball and, eventually, some individuals respond with action.”

The hope of defusing this threat is what spurred Caroline Deli to start looking into the life trajectories of incels.

“I see the consequences of what they say and the inconsistencies in what they believe, but it's also clear that they're in pain,” she said. “As a researcher, I try to take a compassionate approach so I can truly listen to and understand them, not just what they write online.”