Nutrition professor Marie Marquis is part of Manger notre Saint-Laurent, a collective that promotes seafood from the St. Lawrence. She explains the benefits. 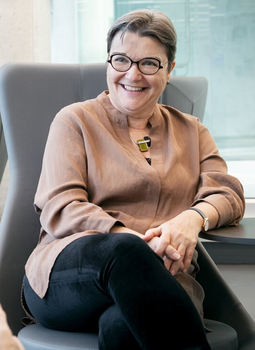 Buying local is the current trend, especially when it comes to food. So you would think Quebecers would be turning towards the huge repository of edible resources in the St. Lawrence River, its estuary, and the Gulf of St. Lawrence.

But, paradoxically, 81% of the catch harvested from the river is exported, and 89% of the seafood eaten in Québec is imported.

The numbers come from a socioeconomic analysis of Québec’s fishing industry produced by the Institut de recherche en économie contemporaine (IRÉC). It was commissioned by the Manger notre Saint-Laurent collective, which promotes delicious foods harvested from the St. Lawrence and supports food self-sufficiency for Québec.

“We literally fish and ship,” says Marie Marquis, head of the Department of Nutrition at Université de Montréal and a researcher with the interdisciplinary project. “Of all Québec bio-food products, seafood is the most exported.”

Why eat food from the river? 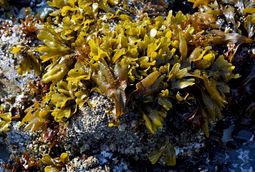 “To eat a more varied diet and a more balanced diet,” says Marquis without hesitation. “From a nutritional point of view, these foods are lean, low in contaminants, and a good source of protein and high-quality fats.”

Marie Marquis points out that the St. Lawrence is home to a unique and diverse collection of marine, animal and plant species. “There are a number of species that are abundant and high in nutrients. We would do well to put rockfish, Stimpson’s clam, grey seal, heart urchin or certain algae on our dinner plates from time to time.” Today they are unknown, forgotten or spurned, but these are species that could be harvested to promote sustainable development and protect diversity, according to Marquis. 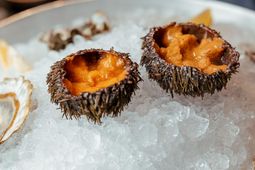 “Take seal meat, for example,” she says. “It’s an eminently local product that’s lean, abundant, low in contaminants and rich in iron. But in southern Québec, people still have prejudices about the seal hunt. In fact, sealing is one of the most regulated hunts in Québec and can be carried out ethically, just like the moose hunt. And seal overpopulation is contributing to the decline in cod stocks already depleted by overfishing.” 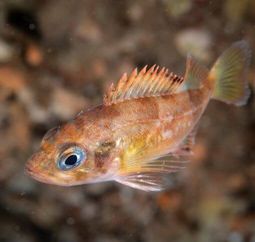 The same applies to rockfish, a groundfish that feeds on shrimp. The surging rockfish population threatens to destabilize the Gulf’s ecosystem. “We should encourage Quebecers to try it; we should get it into the institutional market – hospitals, schools,” says Marquis. “Its flesh has a mild, sweet flavour. It is sometimes called ‘tofu of the sea’ because it absorbs whatever taste we give it.”

By capitalizing on the potential of the St. Lawrence, Quebecers can diversify their food intake while consuming sustainable species.

The teams in the field went to question the Gaspé fishermen

Taking ownership of the St. Lawrence is a tall challenge. The government wants to boost exports and fishers work within that system, like it or not. Public interest in local products also has to be rekindled and people have to be educated how to use them.

To help advance the process, Marie Marquis and her fellow researchers collected field data in Cap-Chat, Sainte-Thérèse-de-Gaspé and the Magdalen Islands. They interviewed local residents, fishers, seniors, and people from the health care and education systems about their attitudes towards edible resources from the St. Lawrence, fishing and fishers.

“We were delighted to find a real desire to obtain resources from the river, to reconnect with fishers and their trade, to learn how to recognize the products, how to cook them, how to preserve them,” says Marquis.

So the public is willing. Now structures have to be developed to make it happen.

What is Manger notre Saint-Laurent?

Manger notre Saint-Laurent is a collective with members from different disciplines, fields of research, fields of practice and industries who share a passion for Québec seafood. Its goal is to improve access to foodstuffs from the St. Lawrence, promote them, let people know how tasty they are and support Québec’s food self-sufficiency.

It encourages consumers to take 5 minutes to peruse the list of businesses that carry local products, 10 minutes to urge local fish shops to offer local products in order to improve access and spur demand, and 30 minutes to learn how to cook seafood from the St. Lawrence.

The campaign’s spokespersons include Colombe St-Pierre, chef at the Chez St-Pierre restaurant in Bic, and television personality Christian Bégin.