Seed libraries are sprouting in Quebec, just like the seeds they offer free of charge to the communities they serve. In 2015 there was one seed library; today there are about 40.

Seed-sharing has existed since the dawn of time, but only recently have public libraries added seed donation and exchange to their services.

These are the main questions that led doctoral student Samar Kiamé to embark on a research project on seed libraries, jointly supervised by professors Christine Dufour and Marie D. Martel of the School of Library and Information Sciences at the University of Montreal. 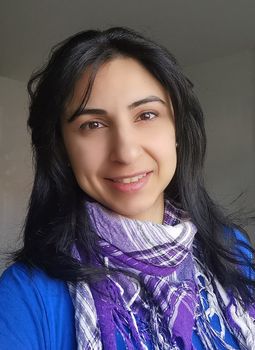 According to Kiamé’s preliminary research, Quebec’s public libraries have been embracing the principles of the sharing economy by making various types of collections available for practical as well as informational purposes. “That includes seed libraries, which provide access to seeds and information about cultivation,” said Kiamé. “During the COVID-19 pandemic, the extent to which seed libraries can support local food systems, while contributing to conversations about social justice, biodiversity, health and sustainable development, was clearly demonstrated.”

Kiamé points to the fact that online seed purchases increased by 250% in the first summer of the pandemic compared with the previous year. At the same time, demand for plots in community gardens exploded, particularly in Quebec City, where the waiting list for a plot grew by 476%.

After taking her comprehensive exam, Kiamé will set out on a tour of seed libraries to investigate their role in the communities they serve and study the environments in which they operate.

Her research will cover three areas:

After graduating from Lebanese University with a B.Sc. in Information Science, Kiamé worked at the American University of Beirut libraries, which were then transitioning to virtual data. That experience introduced her to the world of shared platforms.

She then left her native Lebanon and came to Montreal to do a master’s at UdeM. She was hired at the Institut national de la recherche scientifique, where she worked on connecting their library to the shared services platform used by Quebec university libraries. The experience she gained there would serve her well in her doctoral studies.

“The idea of focusing my research project on seed libraries came to me when I was volunteering at the Atwater Library in 2020,” she recalled. “They had me placing seeds in envelopes and at first I thought it was strange, but I soon became enchanted by the beauty of the seeds, and most importantly the value of this service to the public.”

In her research project, Kiamé plans to draw a portrait of seed libraries and how they support a community’s food self-sufficiency and food safety by providing access to what is a non-traditional collection for libraries.