On the eve of the inauguration of the Centre for Research on Public Health of UdeM and the CCSMTL, its scientific director and guest speaker talk about its mission and the challenges ahead.

“One health” — that’s the innovative and multi-sectoral approach to issues of public health that a new research centre of Université de Montréal and the the CIUSSS du Centre-Sud-de-l’Île-de-Montréal will take when it officially opens Wednesday.

Funded by the Fonds de recherche du Québec – Santé, the Centre for Public Health Research has over 50 researchers from six faculties of UdeM and its affiliated engineering school, Polytechnique Montréal.

They will assess the influence of behavioural, sociodemographic, environmental, agricultural, economic and political determinants on human, animal and environmental health, across national borders.

A live webcast, at noon 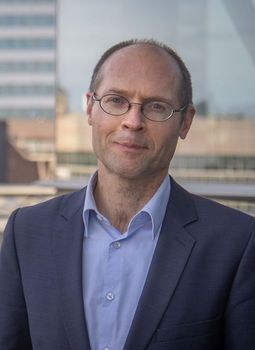 Webcast live, the noon-hour opening in the agora of UdeM’s School of Public Health on Parc Avenue will be attended by Potvin and a limited number of faculty deans, researchers and local health officials.

Olivier De Schutter — a Belgian legal scholar, professor at Université Catholique de Louvain and at Sciences Po in Paris, co-director of IPES-Food, and a UN special rapporteur on extreme poverty and human rights – will be guest speaker.

We asked him to explain some of issues he’ll be addressing.

You will be talking about the right to food in times of pandemic and the transition towards sustainable food systems. On this issue, do Europe and Canada face similar challenges to the rest of the world?

The crisis has highlighted the fragility of food systems which, for sixty years, have been oriented towards the concern to increase production and meet the expectations of international markets. Economies of scale, the use of monocultures favouring the mechanisation of production and regional specialisation, and the choice of high-yield animal and plant varieties have been favoured. In doing so, it was forgotten that diversity can be a source of resilience, that the nutritional quality of food is at least as important as the amount of calories available, and that agriculture is not only a way of producing our food, but also serves other functions: soil maintenance and agrobiodiversity, job creation, and health. This is a time for self-examination.

Other speakers at the launch will address a variety of aspects of public-health: medical, veterinary, environmental, and more. Is the timing right these days for a new research centre on these topics to be created?

Never before, except perhaps during the agricultural price crisis in 2008, has there been so much interest in rebuilding food systems: The time has come to make bold proposals, based on the realization that long supply chains – based on deepening the international division of labor and liberalizing agricultural trade – and the use of foreign seasonal labor, are not viable strategies when states are barricading themselves behind their borders and people favour short channels and local production. It is to this refoundation that a new research centre can contribute, now more than ever.

Once the pandemic is behind us — presumably, thanks to a vaccine — what are the most pressing issues in public health the planet will face over the next decade?

For a long time, the issue of hunger – that is, undernourishment, a deficit of calories – has mobilized people’s efforts. Today, the question of malnutrition is being posed more widely and with greater emphasis. It’s multifaceted, covering not only undernourishment, but also the lack of essential micronutrients – notably iron, zinc and certain vitamins – and the risks of being overweight or obese associated with a processed diet that has become too rich in added sugars, salts and saturated fats. Our ways of producing and our eating habits, both of which are linked, are at the heart of the response we must make to this challenge.

The launch of Université de Montréal’s Centre for Public Health Research takes place Wednesday, Sept. 16 at noon. You can watch it online; to participate in the discussion, you'll need to fill out the registration form.